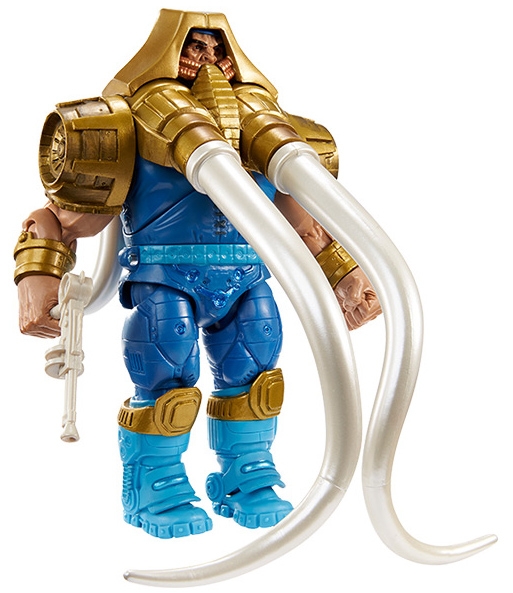 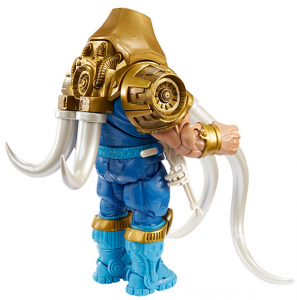 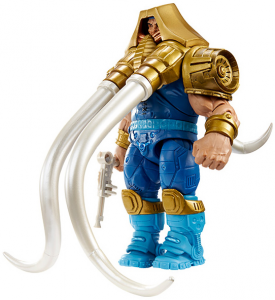 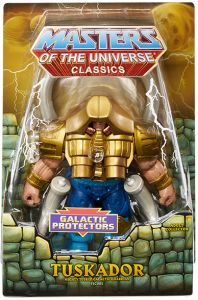 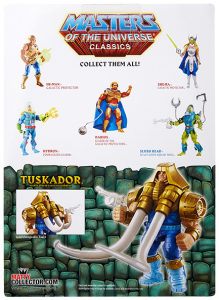 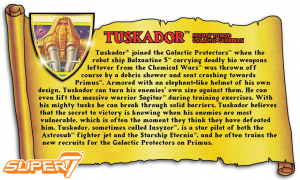 Masters of the Universe Classics: TUSKADOR

Bio
Tuskador joined the Galactic Protectors when the robot ship Balzantine 5 carrying deadly bio weapons leftover from the Chemical Wars was thrown off course by a debris shower and sent crashing towards Primus. Armored with an elephant-like helmet of his own design, Tuskador can turn his enemies’ own size against them. He can even lift the massive warrior Sagitar during training exercises. With his mighty tusks he can break through solid barriers. Tuskador believes that the secret to victory is knowing when his enemies are most vulnerable, which is often the moment they think they have defeated him. Tuskador, sometimes called Insyzor, is a star pilot of both the Astrosub fighter jet and the Starship Eternia, and he often trains the new recruits for the Galactic Protectors on Primus.