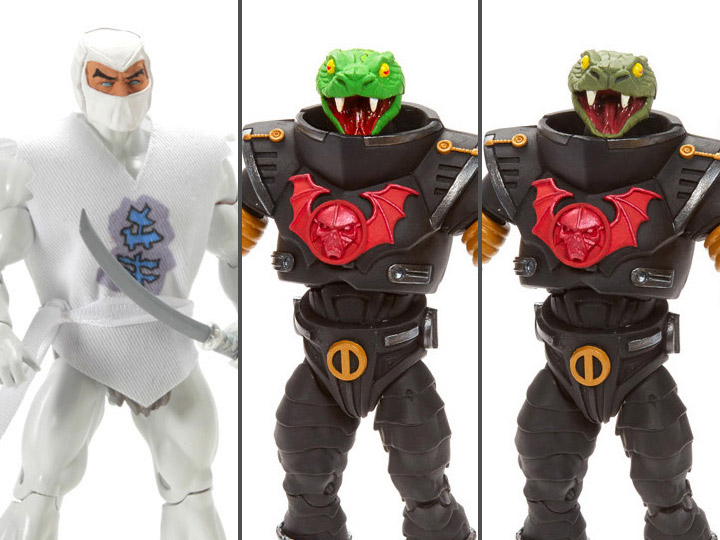 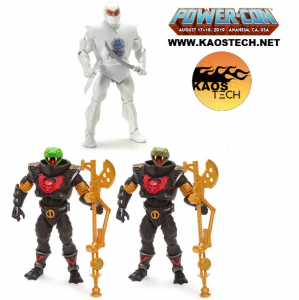 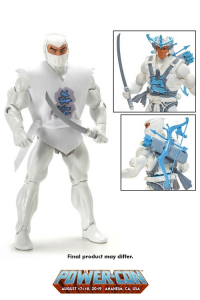 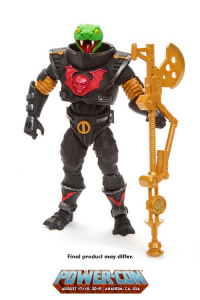 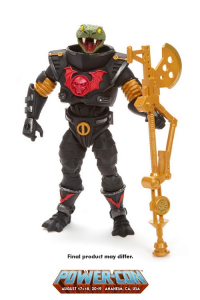 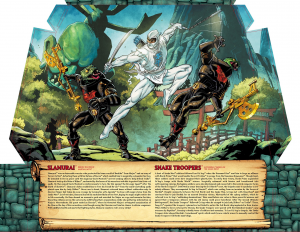 Slamurai was an honorable warrior who protected his home world of Bashido from Ninjor and an army of Terror-Cottas, defeating them with his Katana of Kuron which enabled him to magically outnumber his foes. He intended to live in peace until the magician Uncle Montork arrived seeking allies to help defend Trolla. Slamurai took up his Helm of Hikari, enchanted by the honor of his ancestors and able to protect him from evil spells. He then joined Uncle Montork’s reinforcements to turn the tide against the Revenge Squad after the death of Skeletor. Slamurai’s helm enabled him to free his friend Ra-Jar from the mind-controlling spells placed upon him by Lady Slither. Never one to boast, Slamurai returned home without celebration only to discover Ninjor had taken his own revenge by turning his wife Ageisha to stone with magic stolen from the Snake Men. Grief-stricken, Slamurai buried his enchanted helm at her feet, hoping its magic might restore her to life eventually. He then donned an assassins garb and searched for Ninjor as a spy and assassin-for-hire, thwarting villains across the universe by infiltrating their organizations while also gathering information on Ninjor's whereabouts. His quest ended on Eternia’, where he thwarted Ninjor's attempted assassination of He-Man on the day of his coronation, even though saving the Eternian cost him his chance to obtain vengeance. With skillful stealth and masterful fighting styles, Slamurai counters evils every strike!

A host of Snake Men soldiers followed Lord Gr’Asp when the Unnamed One sent him to forge an alliance with Horde Prime that would enable the evil Trollan to escape from the Nameless Dimension. Though loyal, these soldiers could never have imagined their ghastly fate. To ratify their treaty, Horde Prime augmented Gr’Asp’s troops with Horde World science. Surgically enhanced with bionics and transformed into self-repairing cyborgs, the hapless soldiers were also lobotomized and connected to the central computer-brain of the Horde Troopers. Outfitted in armor bearing the Evil Horde crest, the brigade came to symbolize a new unholy alliance. They accompanied Gr’Asp to Eternia, which was reeling from an invasion by the forces of Hordak. Despite animosity between the Horde and the Snake Men, Gr’Asp met with King Hsss and convinced him to join Hordak for an assured Eternian victory. Mistrustful of the cyborg soldiers, which he referred to as Gr’Asp’s “unblinking abominations,” Hsss nonetheless saw value in these powerful minions and agreed that a temporary alliance with his old enemy could prove beneficial. After the Second Ultimate Battleground, the Snake Troopers followed Gr’Asp when he escaped to join Lady Slither on Trolla. There, Fang-Or repaired the troopers’ cybernetics, but failed to notice the Horde chip implanted in their brains. When Slither’s forces returned to Eternia, the Snake Troopers were paired with the Diabolical Snakes, now overseen by Reptilax, forming a deadly team of soldiers and assassins. To Lord Gr’Asp’s chagrin, the Snake Troopers later obeyed Hordak’s “reawakened” spirit, which used its new robotic armor to manually control the Snake Troopers’ Evil Horde mind-chips.